Moscow and Kyiv have recently been accusing each other of attacking the ZNPP, which came under Russian control early in the invasion, although Ukrainian workers still remain at the plant. Kyiv has accused Russia of using the plant as a military base to launch attacks on Ukraine, which Moscow denies.

The video appears to show military trucks marked with the Russian ‘Z’ symbol in a room at the ZNPP. Open-source intelligence accounts on Twitter quickly compared the footage to photos of the power plant and determined that the trucks are being kept in the turbine room. 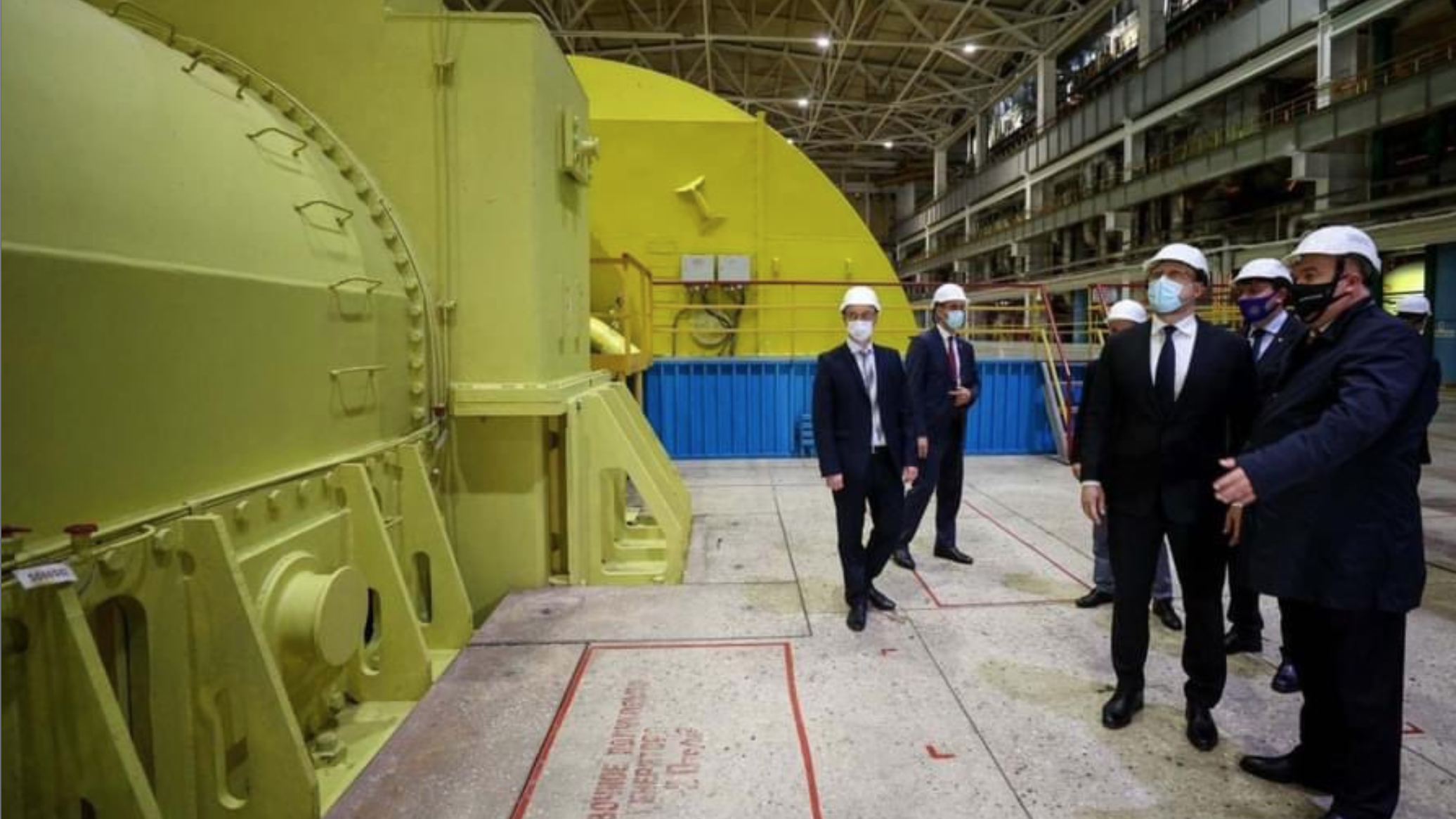 It is not clear who released the footage and they are unlikely to come forward due to threats facing Ukrainian staff at the ZNPP. According to the US State Department, there are reports of Russian personnel abusing and forcing the staff. State Department spokesperson Ned Price requested that the International Atomic Energy Agency (IAEA) be granted access to the site amidst fears of a nuclear disaster, CNN reported on August 18.

The IAEA has emphasised several times that they need to inspect the plant. Ukrainian President Volodymyr Zelenskiy spoke about the topic during a meeting with UN Secretary-General Antonio Guterres and Turkish President Recep Tayyip Erdogan on August 18 in Lviv. Zelenskiy and Guterres discussed the parameters of the mission, with the Ukrainian president making it clear that Russia must not lead the mission, Interfax Ukraine reported.

Moscow responded by saying that the proposal to demilitarise the area around the ZNPP was “unacceptable”, Reuters reported. Moreover, Russian defence ministry spokesman Igor Konashenkov denied that heavy weapons were in proximity of the plant and insisted that Moscow was ensuring the safety of the site.

However, Russia threatened to shut down the ZNPP on August 18, claiming that Ukraine was heavily shelling the site. The Russian-installed head of the Zaporizhzhia region, Yevgeny Balitsky, said that there was a risk that the cooling system of the reactor complex could be damaged and that one unit was operating, Reuters reported.

If the ZNPP does shut down, potentially by placing two of the six units into “cold reserve”, it would further the risk of "a radiation disaster at the largest nuclear power plant in Europe", said Ukraine's national NPP operator, Energoatom.

Alarm bells rang in Kyiv on August 18 after the Russian Ministry of Defence announced Ukraine was preparing a "terrorist attack" for August 19 in order to accuse Russia of a man-made disaster. Ukraine’s military intelligence noted that Russia had organised plans for an unexpected day off on Friday, the Kyiv Independent reported.

“Only operative personnel will be at the ZNPP. Entry to all other employees will be closed. It is also known that representatives of Rosatom, who have been constantly at the station lately, urgently left the territory of the facility,” the Main Directorate of Intelligence of the Ministry of Defence of Ukraine posted on Facebook.

This led to concerns from Kyiv that Russia could be staging a false flag attack instead, with Zelenskiy warning on Twitter that  “the world is on the verge of nuclear disaster”.

However, as of the morning of August 19, no recent shelling could be detected in or around the plant according to Maxar Technologies, who inspected satellite images of the plant from 11.30am local time.

The plant is the largest in Europe and accounts for one-fifth of Ukraine's annual electricity production. Last week, Russia announced that it wants to switch the ZNPP to the Russian grid in order to transfer power to occupied Crimea, which would result in blackouts across southern Ukraine and mean that Kyiv would have to recapture the plant in order to reconnect it to its grid.

Despite the war, Ukraine has managed to keep eight out of 15 nuclear energy reactors online. The seven other reactors are shut down for regular maintenance or held in reserve. Safety systems remain operational at the four NPPs, and they also continue to have off-site power available, Ukraine said.

The US stated in June that Ukraine’s NPPs may be the answer to easing the European Union’s dependence on Russian coal and gas. The US helped Ukraine integrate into the European power grids and used emergency funds to support Ukraine’s full integration.