COMMENT: Striking a balance in the global energy transition 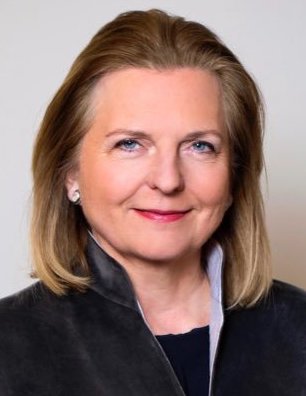 As oil prices rise to their highest level in almost three years, OPEC and its partners are meeting to discuss a deal to increase oil production. Saudi Arabia and Russia are in talks to release more barrels into the market after Brent crude prices climbed to above $76 a barrel on July 1. Abandoning oil and other fossil fuels is currently a hot topic of discussion. However, like it or not, oil remains the world’s most important commodity and its prices can be considered a barometer for the global economy.

Whilst the need to manage CO2 emissions is undeniable, it is important to recognise that a rapid energy transition comes with considerable risk. In writing oil off as inherently harmful and dirty, we are in danger of evaluating our energy supplies too simplistically and acting impulsively. The International Energy Agency (IEA) recently issued a sensational warning to the industry, saying that if the world wants to achieve net-zero emissions by mid-century, investors should stop financing new projects focused on oil, gas and coal supplies.

However, calling for the complete reconsideration of our energy supplies disregards the laws of demand and supply. Minimising our impact on the environment and making energy sources more efficient should be a collective ambition, but drastic action can be deadly. A hasty energy transformation could jeopardise energy security and have many problematic socio-economic repercussions.

In his opening speech, Igor Sechin, CEO of Rosneft, warned against underinvestment in oil, highlighting it may threaten the long-term stability of supplies. He noted that pressure from investors means companies are “only implementing projects which will pay off over the coming years, and are refusing to search for and explore new reserves.” As such, oil and gas reserves additions are at a “historic low.”

Igor Sechin is right to be worried about the depletion of the resource base. The volume of investment has also significantly decreased against the backdrop of price cycles and sharp fluctuations in 2008, 2014 and, of course, 2020. This will result in a global reduction in supply and, inevitably, new price peaks, such as that which we are seeing now.

Another concern is the time taken to create commercially viable technologies for renewables and the unreliability of alternative energy sources. We find ourselves caught between the noble ambitions of green activities and the very real risk of blackouts. For example, a network overcrowded with electric vehicles (EVs) is vulnerable on account of its complexity. The explosion in demand for materials like cobalt and lithium, needed for electric transport, presents another issue. Can we ensure sufficient production of these commodities when the main reserves are concentrated in less accessible, higher risk countries, such as the Congo?

It is easy to announce grandiose carbon-neutral plans to appeal to the masses. However, a more long-term, realistic strategy is required which considers the stability of the global energy supply. Karen Kostanian, managing director, EEMEA Energy Research at Bank of America, rightly pointed out that we need to keep in mind the growth of the global economy. What kind of consumption can we expect in 30 years when developing countries account for the bulk of demand?

As Ivan Glasenberg noted, talking about the energy transition is far easier than evaluating what it will cost us and whether we can afford to achieve these highly ambitious goals. It will involve significantly developing our basic technical capabilities, investing around $4 trillion annually to 2030, and addressing social repercussions in the form of mass unemployment, limited mobility and reduced access to energy resources.

According to BP’s former CEO Bob Dudley, the answer to industry’s global challenges is co-operation. Change is inevitable. But the oil and gas sector can play a decisive role in this process: it has the technology, people and ideas to help solve global climate challenges.

Cleaner oil produced at projects with a low carbon footprint, such as Rosneft’s Vostok Oil project, are one such solution. These "green" barrels of oil are expected to be in high demand, given the low production costs and associated logistical advantages, with world-leading traders Trafigura and Vitol already backing the project.

While reducing emissions is undoubtedly important, the rush to various green deals and policies could increase the risk of blackouts. Blacklisting fossil fuels and pursuing total carbon neutrality instead of a sound carbon reduction strategy will result in skyrocketing energy prices, affecting both the stability of the energy sector and the global economy.