EU acts to conserve gas in 2022 with new regulations

In an effort to mitigate the energy crisis in 2022 the EU has introduced a raft of reforms to better preserve its gas supplies, but with the International Energy Agency (IEA) predicting there will be a 30bn cubic metre shortage of gas in 2023 there is more to do to avoid another energy crisis in the next heating crisis.

Russia’s share of gas imports to Europe decreased from around 55% in 2021 to around 20% in 2022 as a whole, as volumes from the Netherlands and Belgium as well as LNG increased.

Things have been made easier after natural gas consumption fell by 14.8% compared to the previous year; milder weather, and EU initiative to reduce demand by 15%, and demand destruction of 10%, equivalent to 50 bcm, of which 10 bcm was due to factory closures, has taken some of the pressure off, but gas and power still remain at historically record levels.

At the same time investment into renewables has continued the move away from combustibles. The share of renewable electricity in electricity consumption rose to almost 47% in 2022, but the IEA says that the rollout of new renewable resources needs to triple to close the gap. Electricity generation from natural gas fell by 13.9% in 2022, partly offset by electricity from renewable energies and coal

Thanks to the EU’s Green Deal, many of the reforms to end Europe’s dependence on gas were well underway, but now they have been accelerated.

Alongside the broader structural changes targeted by the Fit for 55 package and the REPowerEU plan, there have been major additional policy initiatives and infrastructure projects that seek to increase the resilience of European gas markets, strengthen solidarity and limit excessive price spikes. The IEA named the following measures in its recent report “How to Avoid Gas Shortages in Europe in 2023”: 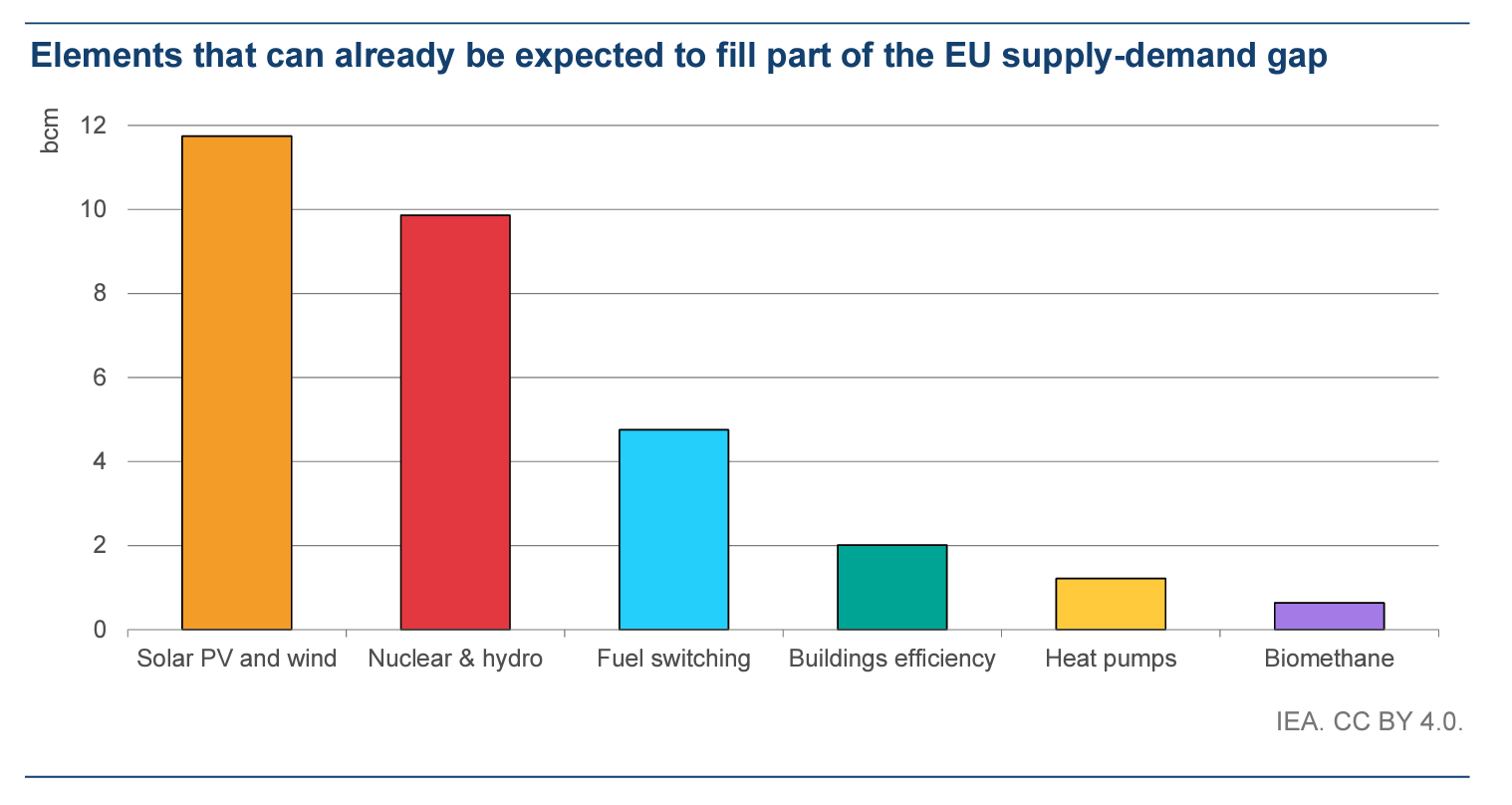