The new European Commission has set a target of net-zero carbon emissions by 2050 to avoid a climate disaster, but the target has proven controversial as the only way to get there is to ramp up the role nuclear power plays.
Energo - CEE/FSU Power
REM - Renewable Energy

The new EU Commission has set a target of net-zero carbon emissions by 2050 to avoid a climate disaster, but the target has proven controversial as the only way to get there is to ramp up the role nuclear power plays in producing Europe’s electricity and a row has broken out over exactly what businesses are sustainable in the first place.

The EC admits that nuclear power will play a central role in achieving this goal and indeed several new nuclear power station projects have been commissioned in recent years.

The European Parliament adopted a resolution on November 28 during the COP25 climate conference that states all relevant technologies, including nuclear, that can help fight against what the EC explicitly called the “climate emergency.”

“The European Parliament believes that nuclear energy can play a role in meeting climate objectives because it does not emit greenhouse gases, and can also ensure a significant share of electricity production in Europe,” the EU said in a statement.

The new policy represents a sharp about face for the EU where resistence to nuclear power remains strong among many member states. And the EU’s own environmental committee in the same month as von der Leyen’s green deal vote tabled a resolution calling for the phasing out of nuclear power, claiming it is “neither safe, nor environmentally or economically sustainable". While the environmental committee’s resolution passed an initial reading, it was rejected by the European Parliament in the end.

It has come to a point where Europe doesn't have much choice other than adopt more nuclear power if it is going to meet commitments made under the Paris Accords on climate change.

And the use of nuclear fuel as a source of energy is already widespread. There are a total of 127 nuclear power reactors in the EU according to the IAEathat account for a quarter (26%) of the total electricity generated and half of the regions low-carbon power output, according to the EU’s official data. Put in other terms, the use of unclear reduces emissions by the equivalent of 700mn tonnes of CO2 each year.

Another fast way to making a fundamental change to the way business treats emissions is to make investors take account a business sustainability policies.

As bne IntelliNews has reported forcing fund managers to look beyond a company’s bottom line when deciding to invest is only getting off square one. The Scandinavian countries are probably the furthest advanced where the Norwegian national pension fund has begun to ban investments into companies with a poor environmental, social and governance (ESG) record. That has already caused many Russian companies sit up and take notice as they suddenly lost hundreds of millions of dollars into their shares as a result. Some of the leading Russian companies, and amongst them some of the dirtiest like Norilsk Nickel have responded by pouring money into a clean up of their operations. NorNickel has already spent $2bn on reducing sulphur dioxide emissions and plans to spend another $3bn in the next capex cycle.

But using a company’s ESG score as a benchmark for making investment decisions is still a voluntary choice as government’s have not regulated on ESG compliance yet. Moreover, even sticking only to investments in companies with excellent ESG brings no profit as a good ESG performance still doesn't translate into a boost to share prices. There is no alpha from ESG excellence, traders would say.

The bureaucrats in Brussels are about to take a step closer to greening the regulations covering investment with a taxonomy for “green finance” but unfortunately this has only provoked another row, this times between France and Germany.

The taxonomy is designed to identify which economic activities are eligible to receive funds that have a specific mandate to make sustainable investments. Six pre-defined environmental objectives must be met in order to be issued a “green certificate.” The use of any technology that undermines one of these six goals leads to automatically disqualification from access to this capital.

The trouble is that the unknowns of the environmental impact of disposing of nuclear waste it has been disqualified from getting a green certification: the very technology that the EC is looking to to make Europe carbon neutral by 2050 has been cut off from green financing by the EU’s own rules.

Although nuclear energy largely meets the low-carbon emissions objective, “it was not possible to include nuclear power because there is no scientific evidence for waste treatment. This means that the sector does not meet both requirements,” explained Jochen Krimphoff, WWF’s deputy director for green finance, as cited by Euractiv.

The failure to give the nuclear power business a green certification has caused uproar in France which is by far the most depend of Europe’s countries on nuclear power, using nuclear power stations to generate some 80% of its power. On the other hand, German Chancellor Angela Merkel was elected on a promise to phase out nuclear power completely and although Germany leads Europe in its reliance on renewable energy – just under half of Germany’s power is from green sources – she quickly reneged on her promise to shutter Germany’s nuclear power stations. Nevertheless, Germany remains against promoting the use of nuclear power and has clashed with France.

“France will advocate that nuclear energy should be part of this eco-label,” said French Finance Minister Bruno Le Maire at the conference to replenish the Green Fund at the end of October.“We cannot succeed in the ecological transition, and we cannot achieve our goal in terms of combating global warming without nuclear energy.”

“Nuclear energy is nor safe and sustainable nor cost-effective,” said German State Secretary for Energy, Andreas Feicht, countered during a September meeting of EU energy ministers. “So we reject the idea of EU money to extend the life of nuclear power stations.”

The situation is made more complicated as Germany says it is not against labelling gas as green, despite the fact that burning gas produces far more CO2 than nuclear power. This preference may be partly explained as Germany is about to be hooked up to the 55bcm/year Nord Stream 2 gas pipeline from Russia, which will significantly boost its energy security, reduce its costs and make Germany a European energy hub.

But Germany’s resistance may fall away as panic over the impending climate crisis grows. The clock is running down and experts believe the world has as little as eight years to reduce emissions if a climatic catastrophe is to be avoided. the Institute of International Finance (IIF) said in a comment for bne IntelliNews that 2020 is going to be a super-climate year where CO2 must peak and begin to fall if there is any chance of avoiding the worst.

Russia to the rescue

International ratings agency Standard & Poor’s (S&P) argued in a recent report that the nuclear power industry is facing growing competition from renewables, rising costs and since the Fukashima disaster it continues to suffer from safety concerns that putting the industry under pressure. Only in China and Russia, where the industry enjoys significant government support, is the business flourishing.

But energy is complicated business as energy security plays as important a role as cost. Russia’s Rosatom has stepped up to the mark and Russia’s nuclear technology exports business is booming, including exports to Europe where it has found an increasing number of willing clients.

A new reactor is currently being built in Belarus and Turkey has also signed up for a reactor. There is dearth of energy resources in both countries, which are heavily dependent on Russian gas of their power. Likewise, Hungary and Finland have done deals with Rosatom for new nuclear power plants and talks are ongoing with Czechia and Bulgaria.

Rosatom has striven to address the safety issues and the ill-fated RBMK-type reactors used at Chernobyl have almost all been shut down (there are a few still working, but this model is not offered for export) and replaced by the third generation VVER 1200 (water-water energetic reactor) that are compliant with the IAEA’s International Nuclear Safety Group (INSAG) recommendations and general considered to be safe.

And more recently Rosatom has begun to develop its new small modular reactors (SMRs), which are a mini-reactor small enough that it can be used to power an icebreaker or a remote mining town. US Energy Secretary Rick Perry is also touting SMRs, as key to the industry’s future, saying in October small reactors could provide access to electricity in areas of the globe which are currently “shrouded in darkness” as cited by Euractiv.

The advantage of the SMRs include they are much easier to finance and being smaller they are safer to run and contain should something happen. This technology is a decade away from being commercially established, but with some 40 reactors in operation both at home and abroad the Russian state-owned energy company is already a world leader in the nuclear industry both in terms of experience and being able to benefit from scales of economy.

Sweden has three operational nuclear power plants with eight operational nuclear reactors, which produce about 40% of the country's electricity. While the pollster didn't explain the reason for the increase in support for nuclear power, the Scandinavians are the best versed in the details of the climate debate and commentators speculate the growing acceptance of nuclear power is due to the realisation that there are few acceptable alternative sources of power that can be rolled out quickly enough to deal with the climate emergency. 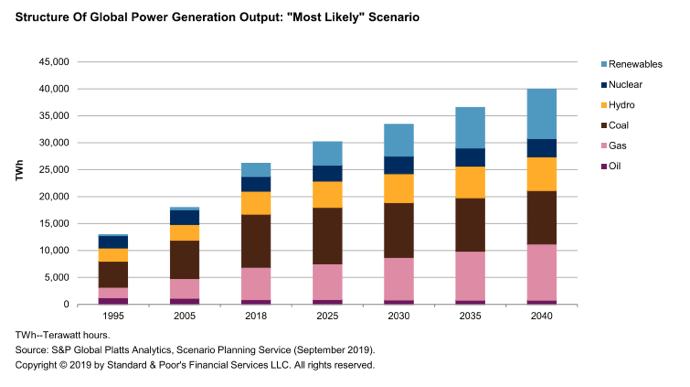