Iran has admitted to firing up advanced uranium-enriching centrifuges installed at its underground plant at Natanz in a further breach of the 2015 nuclear deal that will raise anxieties that US President Donald Trump will find an excuse to conduct a military strike on the Islamic Republic in the waning days of his presidency.

The UN nuclear weapons watchdog, the International Atomic Energy Association (IAEA), discovered the breach and it was later confirmed by the Iranian ambassador to the IAEA.

US media reports last week described how Trump considered but decided against a military strike on main Iranian uranium enrichment site Natanz, located south of Tehran. But there were also reports suggesting that Trump might revisit the matter and possibly opt for a covert military operation. The reports of this latest breach of the nuclear accord will push speculation that that may turn out to be the case.

November 18 also brought reports of Katyusha rockets landing in the vicinity of the US embassy in Baghdad, with the US blaming Iranian-backed militia groups. If such groups were responsible that would be of some surprise since in late October it was reported that Iran’s Supreme Leader Ali Khamenei directly ordered Iraqi armed factions to halt their attacks on US interests after taking advice from the UK that they could prove a provocation to Trump, who was at that point in election campaigning mode.

According to the nuclear deal, aka the Joint Comprehensive Plan of Action (JCPOA), the Islamic Republic is only permitted to accumulate enriched uranium for its nuclear development programme with first-generation IR-1 machines. But an IAEA report said that the watchdog has verified that Tehran was feeding uranium hexafluoride (UF6) gas feedstock into advanced IR-2m machines. The activity is said to have taken place after Joe Biden defeated Trump in the November 3 US election.

Iran has been steadily breaching limits set in the nuclear agreement. It says compliance with the deal is not required given that the US unilaterally quit the deal—despite Iran’s previous compliance—and imposed crippling economic sanctions on Tehran. The non-compliance is also presented as an objection to Europe’s failure to stand up to Trump by continuing to trade with Iran. The UK, Germany, France and the EU remain supporters of the JCPOA. European companies that trade with Iran can be hit with secondary US sanctions. 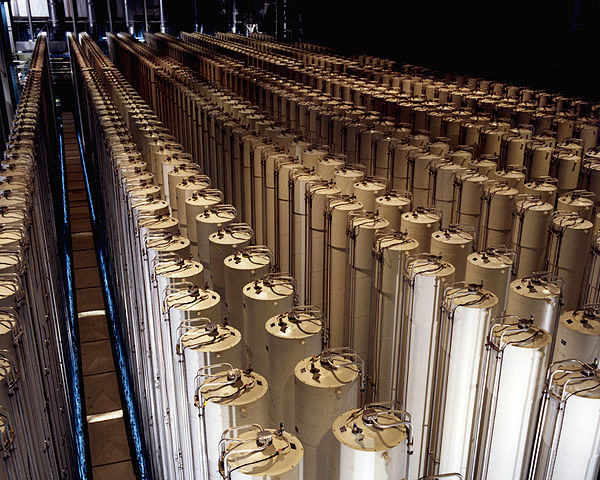 A cascade of centrifuges used to enrich uranium. (Image: US Dept. of Energy)

So far, Iran, according to the IAEA, is only using 174 of its IR-2ms, of which it has far more than 1,000. The JCPOA allows Iran to use about 6,000 IR-1s for a civilian nuclear programme. Analysts note that if Tehran—which has always denied having any intention to build a nuclear weapon—keeps the number of IR-2ms in use low, and even installs some more advanced centrifuges, but again in low numbers, it could make the case that it is only attempting to restore what it had above ground prior to an apparent sabotage attack on July 2 at its Natanz facility. Iran moved the uranium enrichment operation underground after that attack.

Biden has suggested that if Iran returns to full compliance with the nuclear deal, he would return the US to the agreement, a move that would require him to lift the heavy Trump sanctions targeted at Iran.

Iran’s foreign minister, Mohammad Javad Zarif, said in an interview published on November 18 by state-run daily Iran that Biden should be able to swiftly return the US to the deal simply by signing “three executive orders”. He also said: “If the US implements its commitments under the UN security council resolution 2231, we will implement our commitments under the JCPOA. This can be done automatically and needs no negotiations. But if the US wants to rejoin the JCPOA then we will be ready to negotiate how the US can re-enter the deal.”

Zarif is resisting allowing the US back into the deal until it has assurances from Washington that as a JCPOA member the US will not use its unilateral right to declare Iran in breach of the deal’s terms. If it did so, the move would require the UN as a whole to reimpose UN sanctions on Iran.

In the interview, Zarif did not insist on Iran receiving any compensation from the US for the economic damage caused to its economy by the Trump sanctions, but Iranian President Hassan Rouhani has implicitly argued that Washington under Biden should repay Tehran for lost oil revenues.