The draw down from Europe’s gas storage facilities has flattened out thanks to the arrival of warmer weather and a “flotilla” of US LNG deliveries as of January 3, according to AGSI+ data.

The slowdown in the draw-down from gas storage tanks suggests that Europe will have enough gas to get through this year’s heating season but it is going to be a close run thing and gas in storage’s ability to meet demand remains vulnerable to sudden changes in the weather in the next three months.

As the chart shows, the draw-down of gas from Europe’s storage facilities slowed and even increased a little over the Christmas holidays. As of January 3 the tanks were 56.24% full.

The differences between the temperatures of those winters in 2019 and 2020 contributed to creating a V-shaped market that is the root cause of the current gas crisis, as bne IntelliNews has reported.

While Europe went into the current heating season with the lowest levels of gas in storage for years, the warming temperatures have reduced demand, allowing a combination of suppliers to keep the amount of gas in storage flat in recent weeks.

The flattening of the curve in this year is in stark contrast to January 2021, when the draw-down continued unabated. On March 26 when the heating season ended, the share of gas in storage fell by 44.22pp, leaving the tanks 29.96% full – a typical end of season proportion.

If the draw-down this year is the same as in 2021, then Europe will end this year’s heating season with only 12.02% left in storage, a historically low level. However, the flattening of the curve between December 21, 2021 and January 3, 2022 gives grounds for optimism that Europe won’t run out of gas. Nevertheless, the thin margin of error and the possibility of a cold snap between now and the end of March mean that the price for gas on the spot market will remain at elevated levels for the short term.

The price of gas in Europe exceeded $ 2,100 per 1,000 cubic metres (kcm) for the first time on December 21, according to the data of the London Stock Exchange ICE.

The price of January futures on the TTF hub in the Netherlands increased to a record $2,120 per 1,000 cubic metres, or €187.785/MWh (based on the current exchange rate of the euro to the dollar, prices for ICE are presented in euros per MWh). 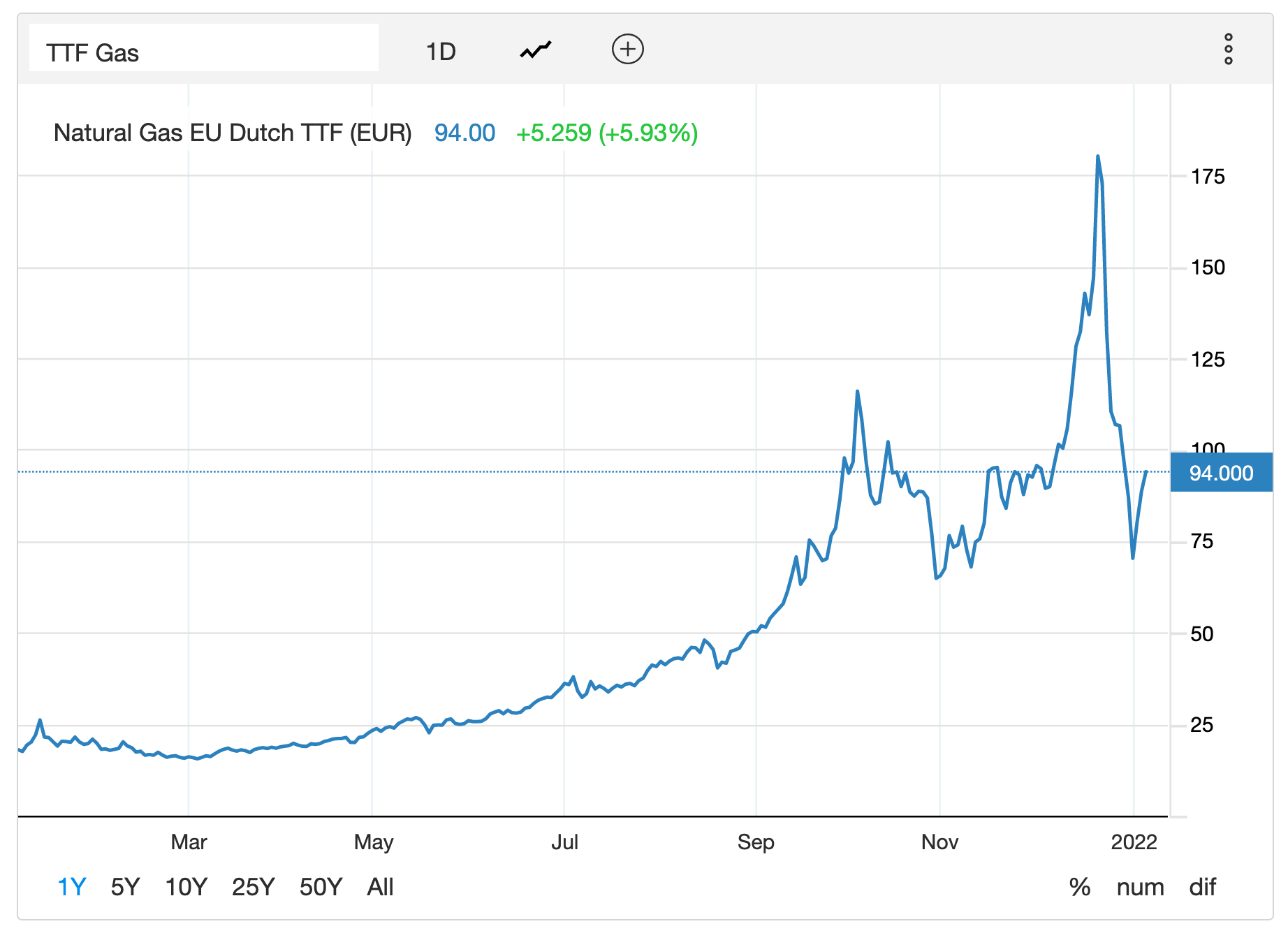 The holiday’s 20% plunge in price from the $2,000-plus peak levels was caused by reports of a “flotilla” of US LNG ships headed to Europe, attacked by the sky high prices, reports Bloomberg. 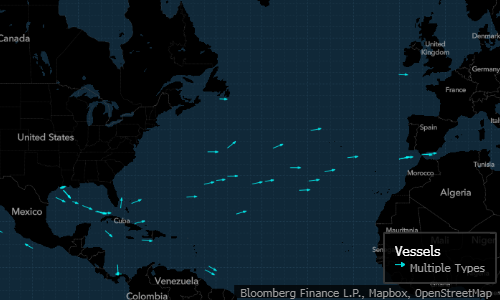 At least ten vessels are heading to Europe, according to ship-tracking data compiled by Bloomberg, the newswire reported on December 23. Another 20 ships appear to be crossing the Atlantic, but are yet to declare their final destinations. Traders assumed that the cargoes of LNG ships would bring relief to the European market and help offset lower flows from Russia, Europe’s top supplier.

At the same time, deliveries from Russia were reduced. Gazprom fulfilled its contract with Ukraine to transit 40bn cubic metres of gas via Ukraine’s pipeline network and has not booked extra capacity since.

Russia’s other big route, via the Yamal-Europe pipeline that traverses Poland to Germany, was working in reverse flow mode sending gas back to Russia. Gazprom said that the company was not delivering more gas via Yamal-Europe, as customers, mainly in Germany and France, had not ordered more gas. Bloomberg reported that some of Gazprom’s customers had also reached the full capacity of gas delivery under their long-term contracts and were not being sent more, adding to price pressures.